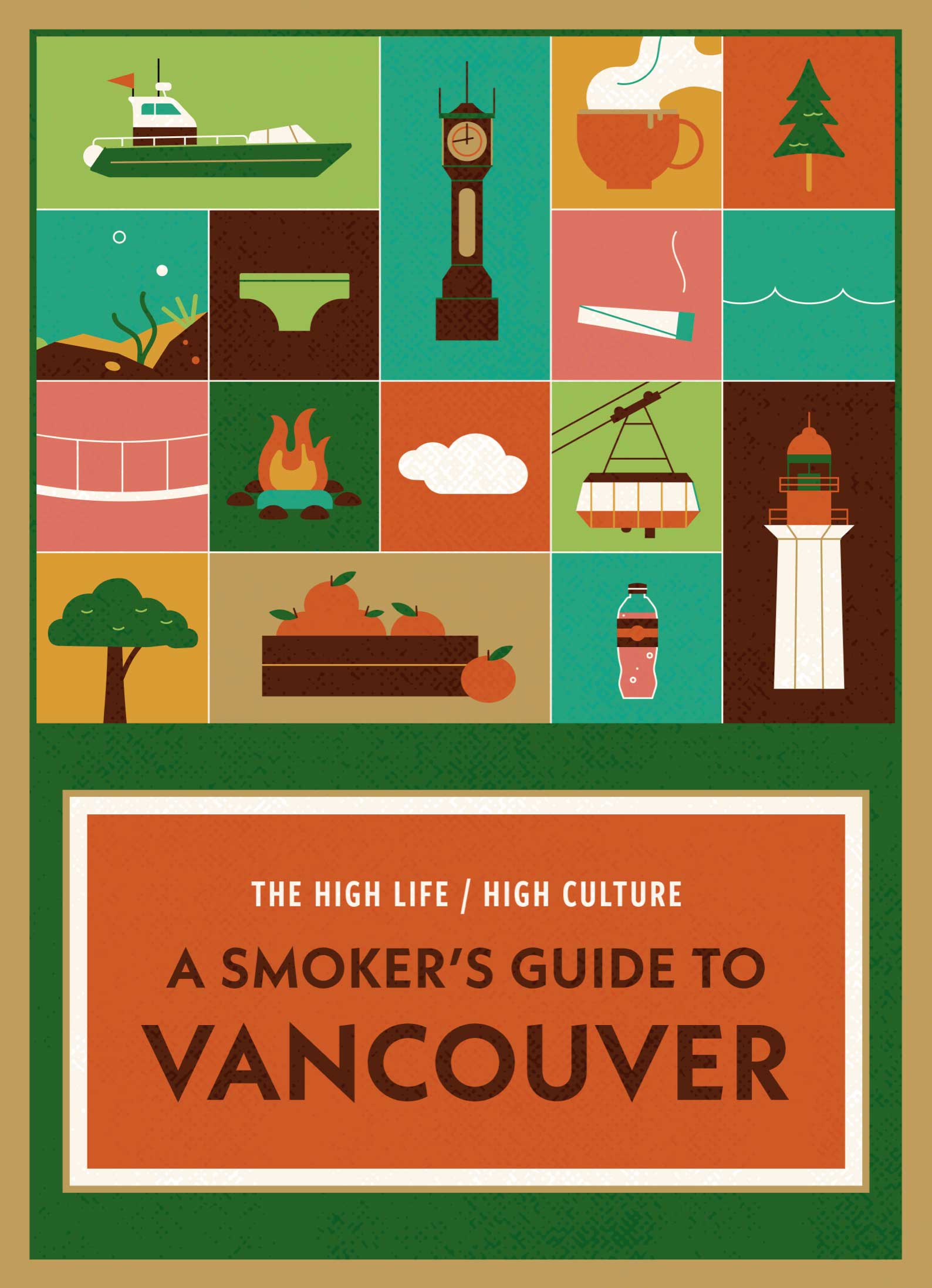 Vancouver is known for many things. The Canucks. Incredible sushi. Having an entire island named after it. Ask most people though, and chances are one of the first words that comes to mind is cannabis. Specifically, B.C. Bud. It’s the stuff of infamy and legend, and for good reason. There isn’t another city in Canada—let alone North America—that has fully embraced cannabis culture in the way Vancouver has. Pack your bags and consider packing a bowl, because we’re taking a trip to one of the best places in the world to be high.

Vancouver is full of beautifully lush landscapes and some seriously serene sea-side locations. Perfect for a good indica and a few hours to kill. The only thing missing is a couch.

The name says it all. Found in the west end of Vancouver, Sunset beach is a must-see smoke spot for anyone who likes gobsmacking sunsets full of mind-blowing shades of pink, orange, purple and blue coalescing into one hell of a trip. Sound like you? Then grab a seat in the sand and enjoy.

Take a hit and go for a hike in this picturesque National Historic Site of Canada. Located in the west end of Vancouver, this park is full of old-growth coastal rainforest trees like the mighty Douglas fir and Western red cedar. The titular lighthouse was built in 1912 and is one of the most photographed and recognizable landmarks in all of Vancouver.

Liberate your mind and your body at this weed-friendly, clothing-optional beach located in Pacific Spirit Regional Park just next to the UBC grounds. By day you’ll find beer vendors and a scant amount of nudists.  By night roaring bonfires and libations.  If you’ve ever wanted to have a buzz while feeling the ocean breeze on your private bits, then this may be the place for you.

Hit the slopes during the winter or soak up spectacular views from the chairlift during the summer. Situated smack dab in the middle of North Vancouver, it’s a great place to go for a hike, shred some fresh powder, or simply stare out at the stunning scenery.

This world-renowned 400-hectare urban park is a beautiful green oasis on the tip of Vancouver’s downtown peninsula. Spark up and find a spot somewhere along the famous Seawall or discover your own little sanctuary somewhere in the forest that’s been untouched for over 100 years. Avoid the onslaught of tourists and you'll be rewarded with scenic views of the sea, sky, and stunning mountains.

There’s no such thing as a “hidden gem” cannabis destination in Vancouver. Every spot is popular. Some are new, some are historic, and all of them have fully embraced the way of the smoke.

There’s just something so nostalgic and comforting about getting stoned and playing retro video games. Located in Downtown Vancouver, High Score lets you get swept up in the 8-bit sights and sounds of some of your old favourites while blazing and hiding from the rain. If you find yourself there in the middle of the day, you’ll be met with some complimentary coffee and retro snacks.

A newer addition to the Vancouver cannabis scene, Dank Mart positions themselves as the “Dankest Bodega in the World”. Stepping inside is like entering an absolute wonderland of rare and hard-to-find munchies. You want Supreme branded Wheaties? They got it. Flamin’ Hot Funyuns? Sure. Key Lime Kit-Kats? No problem. Satisfy your weirdest cravings here.

Okay, so you can’t actually smoke inside the Vancouver Aquarium. You can, however, smoke before going and then spend a solid couple hours being blown away by the various forms of subaquatic life there. From effervescent jellyfish and neon coloured fish to the cutest otters on the planet, the Vancouver Aquarium is a stoner’s dreamland.

A truly iconic stop for every cannabis lover, New Amsterdam Cafe can be found nestled in Downtown Vancouver. Similar to the weed-friendly cafes found throughout Amsterdam, you can bring your own bud and spark up in a warm and welcoming environment. Grab a latte and lay back amongst like-minded individuals in one of Vancouver’s main marijuana attractions.

For the Toking Tourist

Are you an intrepid travelling stoner? Are you looking to soak up as many of the city highlights as you can in one go while staying perfectly high? Then check these out.

Take a walk through the famous Gastown neighbourhood and you’ll get lost in a swirling mass of indie art galleries, trendy restaurants and bars, chic clothing and decor stores (plus a whistling Steam Clock) all wrapped up in Victorian-era architecture. It’s also home to a historic event stoners should pay homage to: The Gastown Riot.  In 1971, thousands of cannabis activists gathered here for a smoke-in to protest undercover drug enforcement. It turned violent and the police arrested over 75 people.

Technically a peninsula, Granville Island is an outstanding place to get stoned and explore. It’s main attraction is its famous open market. Full of fresh seafood, incredible produce, and tons of grab-and-go options, there’s plenty of ways to satisfy all of your munchies. There’s also a great brewery and some cool cafes and niche art galleries to wander through.

Have you ever seen a whale up-close in the wild? No? Well, it can be a life-changing experience. Consider booking a tour with Wild Whales Vancouver, accessible in Downtown Vancouver to head out into the ocean on the search for Orcas. Even if you don’t actually see a whale, it’s a pretty amazing way to see the city from the sea.

If you have any sort of fear of heights, this is the place to take a hit and conquer your fears. The Capilano Suspension Bridge is one of Vancouver’s most popular tourist destinations. Suspended 230 feet over the Capilano River, you can take in some once-in-a-lifetime views of incredible nature over the 460-foot long bridge (that is, of course, if you’re okay with some crowds).

If you just so happen to find yourself in Vancouver on April 20th, you are basically  obligated to join the fun. Head on down to the aforementioned Sunset Beach for one of the biggest 420 gatherings in the world. You might have seen the photos that go viral every year; capturing the difference between 4:19 and 4:20 and the insane amount of smoke hovering over the beach. Sure, it’s a lot to take in, but it feels pretty good.

words by:
Josh Davidson
Illustrations + animation by:
Eila Miller
Stay in touch by subscribing to our newsletter:

Please increase the height of your browser to see all content.

Get the latest news, products and more from your friends at Top Leaf.